As the new decade dawns, the telecommunications industry (specifically mobile), has finally woken up to the fact that its economics need to change, especially with the advent and expected widespread uptake of 5G. Much of this realization has been driven by a need to move away from the consolidation of the RAN industry that has seen Huawei, Ericsson and Nokia dominate the space and in the process, creating a closed, almost anti-competitive market. The development of OpenRAN, which in 2019 really gathered momentum, has changed the playing field. 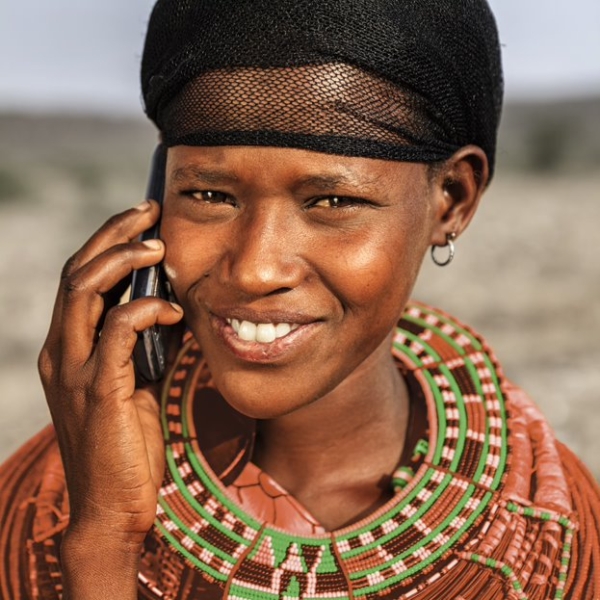 OpenRAN, by its very nature, has also facilitated a more open and collaborative approach among a host of service providers who have collectively developed more innovative solutions to the rapidly developing communications space’s needs. This ability to be creative and offer alternatives to operators has also created the ability for operators to expand their networks and include more users for their services.

An open market and mindset have also driven efficiencies. The traditional proprietary and closed nature of RAN technology has made it costly and difficult to upgrade technology once it is deployed. The option to choose and use multiple vendors changes this now that a wide range of product, price and services are on offer. The competitive nature of an open market will also mean that innovation will be a constant – not a bad thing if you consider just how fast the sector is evolving.

Here in Africa, OpenRAN is set to play a vital role in the connectivity race. Much of the continent is still unconnected, and the regions that are connected are largely dependent on legacy infrastructure, with 2G and 3G abounding, and 4G still in its infancy. That has not stopped the sprint to bring 5G to Africa, though, with Uganda recently being the first country in Western and Central Africa to deploy 5G Internet.

However, although there are capabilities to deploy 5G, Africa-based operators will require the ability to run 5G alongside their existing 2G, 3G and 4G networks. At present, that can only be solved with either erecting new infrastructure or deploying OpenRAN, which can run alongside existing infrastructure. It’s a no brainer really…

On that note, here’s what I see as the key components that will happen in the African telecoms market in 2020 to set up for the next decade:

2020 will also see the roll-out and uptake of other smart technologies such as XR/VR SIM driven glasses, advancements in the research of autonomous vehicles, smart homes and cities (a focus will be on bettering privacy and security). All in all, the advent of this new decade is an exciting time for the global telecoms sector, but especially for Africa and Africans who can look forward to being actively involved in a vibrant and sustainable digital economy, facilitated by the dawn of open thinking and open markets that deliver on what’s best for the whole.

Matt is responsible for global legal operations and manages all government affairs efforts. Matt brings over 15 years of global law firm and GC experience with technology companies through all stages of growth. At Shoobx, he was a member of the founding team and responsible for all legal operations and business development efforts. At Gazelle, Matt managed global legal matters, corporate finance activities, government affairs and the company’s eventual sale. At Endeca, he was responsible for IPO preparations, managing commercial transactions, intellectual property matters, international operations and expansion. Matt was also responsible for legal aspects of the successful negotiation and sale of the company to Oracle. As an attorney at Goodwin Procter LLP, Matt represented public and private growth technology companies and advised clients on general corporate, SEC compliance, corporate governance, venture capital transactions, and mergers and acquisitions and technology licenses. Matt has a BA in Political Science from Boston College and a JD from Boston College Law School.

Chris is an accomplished CFO, CEO and Board member with a passion for leading dynamic high growth businesses.  His executive leadership experience spans companies of all sizes ranging from start-ups to large multinationals including Dataxu, Inc, Gazelle Inc, Fidelity Investments, Pegasystems, Event Zero, and Digital Equipment Corporation.  Chris has helped these companies build game-changing and actionable business and financial plans to drive revenue growth and improved profits. His track record for improving financial results while improving customer and employee satisfaction led to his being named CFO of the Year (2012) by Boston Business Journal.

Eugina has over 19 years of strategic marketing experience leading corporate marketing and communications for small and large global technology companies. At Cisco, she was responsible for fiscal planning, managing a 20m+ budget, and all integrated marketing activities for SP Mobility and IPNGN product and solutions portfolios globally. She also led a GTM strategy for the launch of a next-generation virtualized routing family that won an Ad Age BtoB Best Award for integrated campaign under 200K. Prior to Cisco, she was Marketing Manager for Starent since nearly the company’s inception and developed and managed the marketing communications strategy for the launch of Cisco’s $2B Starent Networks acquisition at Mobile World Congress 2010. She orchestrated a blend of communication, presentation and AR/PR initiatives to build the Starent brand. Eugina has a Masters of Teaching from Moscow University, and studied computer undergrad from CDI College in Toronto, Canada.

Yisrael has over 30 years of experience in business development and account management where he’s driven revenue growth and led strategic planning, budgeting, forecasting, and deal pricing. At Gilat, he sought out and sourced new clients by developing networks and independently identifying and developing relevant resources for sales and business development. Yisrael also refocused Gilat’s portfolio from satellite solutions to include cellular solutions to drive an increase of 42% in company revenue. Previously, as a General Manager at EMI System in Nigeria, he performed P&L and R&D responsibility for ‘full options’ security solutions to high profile clients in the private and public sectors across Nigeria while also directly managing a global team responsible for product planning, product marketing, new product introduction, software development, network level testing, solutions development, and post-sales support. He has an MA from MeA SheArim, Jerusalem.

Simon has over 30 years of experience as a telecom and defense industry executive. Simon was the founder and CEO of Axis Network Technology and reimagined the remote radio head with a next-generation re-configurable digital radio platforms company. As a result of the company’s technology and significant market share, it was acquired by leading Korean manufacturer AceAxis and its products have been deployed in numerous cellular networks around the world. Prior to AceAxis, Mr. Mellor led technology strategy at Airtech as Chief Technology Officer, where he reimagined base station and coverage enhancement equipment. As a head of Global Business Development and then European Sales for REMEC, he achieved significant growth in multiple OEM accounts. Simon holds an MSc, Microwave and Modern Optics from U. of London, BSc, Electronic Physics from Royal Holloway, University of London and MBA from The Open University.

Sridhar co-founded Parallel Wireless after 20+ years as a proven technology leader with focus on reimagining traffic/policy management, base stations, Class 5 Switching, IMS Core, Wireless MSC and Telephony Application Server. As the Sr. Principal Architect of Next-Gen Products, Sridhar reimagined the design and development of Cedar Point/Genband 3GPP traffic and policy management solution. He was a founding member of several successful startups such as Cedar Point (acquired by Genband) where he was Technical Director of Call Processing, Excel Switching/Lucent (Technical Lead) where he led the design of Lucent soft switch and Tellabs Wireless where he led design of PCS base station. He has 15 US patents pending and issued. He holds an M.Tech, Applied Electronics from CIT and B.E, Electronics Engineering.

As Chief Product Officer Kaitki is responsible for leading product strategy, product management and engineering. Kaitki co-founded the company after 20+ years of leading and managing worldwide product development teams who reimagined the Packet Core. She has been instrumental in managing and scaling the development of the Starent/Cisco Multimedia/VoLTE strategic product line that generated multimillion dollar revenue. Prior to that, as a founding member of several successful startups, Kaitki was responsible for SS7 & SIP Signaling at Cedarpoint, Wireless MSC at Lucent/Bellabs and was involved in reimagining Base Station Controller (BSC) for wireless network at Tellabs. Kaitki has 20+ US patents pending and issued. Kaitki holds MBA from Babson College and a BS in Computer Science from IIT.

Rajesh is a visionary who, together with the other company founders, accurately identified the need for easy to deploy, resilient and cost-effective LTE network architecture that would overcome many of the legacy technical challenges associated with wireless communications — the foundation upon which Parallel Wireless was born. Rajesh co-founded the company after 21+ years of reimagining the wireless, wireline, and cable industry and leads the technology behind the Parallel Wireless solutions. As one of the industry’s pioneers in convergence technologies, he led the development of next-gen VoLTE and 3G/4G Femtocell convergence servers at Tatara, led transformation of first commercial softswitch into a Wireless MSC product at Bell Labs/Lucent, reimagined cable industry leading IMS servers at Cedarpoint, and led commercial mobile ad hoc networks (MANETS) development at Powerwave Cognition. He has 25 US and international patents pending and issued. He holds a BS in Computer Science from IIT.

Keith brings to the organization a tremendous amount of business, technology and thought leadership expertise. As Chief Technology Officer at his previous company, Fuze, Keith led innovation and differentiation strategy for Fuze’s product portfolio. Prior to Fuze, Keith was co-founder and CEO of Parlai, a Boston-based startup focused on cloud-based email analytics. Before Parlai, he held the position of SVP of Engineering for 10 years at Endeca, one of the great Boston-based enterprise software success stories, where he led the teams that reimagined the company’s pioneering customer experience management, enterprise search, and business intelligence applications. After Endeca was acquired by Oracle, Keith became Group Vice President, Software Development and was given expanded responsibility over the Information Discovery, Oracle Web Center Sites, Oracle Secure Enterprise Search, and Oracle Language Technologies product lines. Keith holds a BSE in Civil Engineering and Operations Research from Princeton University.

Steve leads the senior management team in setting the company’s strategic direction and is guiding the company’s evolution from its successful first customer deployment into broad commercialization and growth. Steve has been part of reimagining the technology landscape for over 20 years. As founder and CEO of Endeca, he reimagined the database to support faceted information ultimately leading to Oracle acquiring the company as its 6th largest acquisition ever when announced (reported at $1.1 billion). He was part of the team creating Akamai that reimagined global Internet content distribution – now carrying peaks of 15 terabits/s of web traffic on any given day – and led the team at Inktomi that reimagined the network cache to create carrier class caching. Earlier he worked with AT&T Teradata where enterprise computing was reimagined with the first use of Intel processors for enterprise servers. He has a BS from Princeton University and MBA from Harvard Business School.

We use cookies to ensure that we give you the best experience on our website. If you continue to use this site we will assume that you are happy with it.OkPrivacy policy